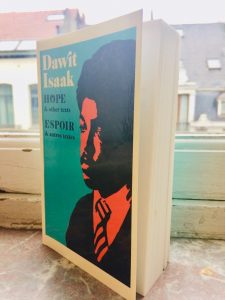 “Dawit Isaak once was free but now is silent,” says the preface of his book, Hope. Dawit is a Swedish-Eritrean writer and journalist, who wrote award-winning books, articles and theater plays. Until 2001. That year, Dawit was imprisoned in Eritrea. He was never put on trial and is not in contact with lawyers, agencies or friends. Up to today, even his family does not know where he is. On November 5,  the Swedish NGO Free Dawit organized a seminar, hosted by Member of the European Parliament (MEP) David Lega (EPP), to discuss the human rights situation in Eritrea and to highlight the case of Dawit Isaak, a prisoner of conscience.

Human rights in Eritrea
“What is missing [in Eritrea] is people that write,” Dawit Isaak says in his new book, which consists of his old work and some personal letters, translated from Tigrinya to French and English. Eritrea is listed as the world’s most censored country and all independent media has been banned since 2001. Since then, many people that write have been locked up, while this is against international -and Eritrean- law.

According to Daniela Kravetz, Special Rapporteur on the situation of human rights in Eritrea, the recent peace deal with Ethiopia brought hope, but did not change the human rights situation in Eritrea. Kravetz sees that nevertheless, more people start to argue that Eritrean refugees are no longer in need of protection. This is an undesirable development as human rights violations still take place on a daily basis in Eritrea. MEP Alice Bah Kunkhe (Greens/EFA) agrees; “do not be fooled by changes happening, things are getting worse,’’ she said. Policy makers should base their decisions on facts instead of hope, they conclude.

EU’s responsibility
So what can the European Union do?  First of all, the panel, consisting of three Swedish MEPs and a UN Specialist, states that not enough is happening at the moment. While trade agreements do mention human rights, this does not necessarily lead to improvement of the human rights situation. Kunkhe argues human rights should be more than just nice words. Lega adds that we should rethink EU aid in Eritrea, currently spent in a road building project that uses indefinite national service labour, defined by the UN as forced labour.

The panel further argues that the EU should take its responsibility, be united and take on the fight. It must be the EU’s mission to pressure the Eritrean regime to improve the human rights situation and free prisoners like Dawit Isaak. The EU needs to use all the tools possible and collaborate with the international community, state the speakers. For example, Kunkhe mentions that the EU has connections to countries that collaborate with Eritrea (United Arab Emirates, Russia and China). She suggests these countries must help pressure the Eritrean regime to change.

Be brave
Many people, including his family, keep on fighting for the release of Dawit Isaak. Every week, a different civil organization goes to the Eritrean embassy in Sweden to demand Isaak’s release. Isaac has been awarded the UNESCO/Guillermo Cano World Press Freedom Prize in 2017. The panel underlines the importance of these actions and states we should be brave, because it is important to remember Dawit Isaak. For him, his family and for what he represents.