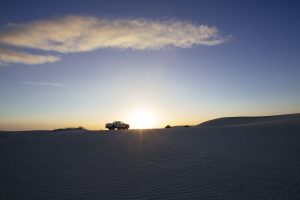 The EEPA team is pleased to present the 13th issue of the newsletter on Trends in Human Trafficking between the Greater Horn of Africa and Europe. Please feel free to forward this information to others or invite them to subscribe via this link. If you have information to contribute, do not hesitate to contact us.

UNODC publishes a new global report on trafficking in persons
The United Nations Office on Drugs and Crime (UNODC) published the fifth global report analysing data on human trafficking of various forms submitted by 148 countries. In six chapters, the report zooms in on socio-economic factors of trafficking, child and forced labour trafficking, impact of the COVID-19 pandemic on the modality of trafficking, and regional dimensions of human trafficking. According to the data, most of the victims of human trafficking as well as perpetrators in the East African region are young male adults. Victims from this region are reportedly trafficked not only within African countries but also to European countries, mainly UK, France, and the Netherlands, as well as to the Middle East.  Further, the report looked at the use of internet and digital platforms by human traffickers, including social media, classified webpages for advertisement, and free-standing webpages. “With the rise of new technologies, some traffickers have adapted their modus operandi for cyberspace by integrating technology and taking advantage of digital platforms to advertise, recruit and exploit victims”, says the report.

Report shows impact of war and COVID-19 on human smuggling and trafficking in Libya
In a new report by the Global Initiative against Transnational Organized Crime, authors Mark Micallef, Matt Herbert, Rupert Horsley, Alexandre Bish, Alice Fereday, and Peter Tint explore trends in human smuggling and trafficking between the years of 2019 and 2020 with particular focus on Libya, Tunisia and the Sahel region. The report also highlights impact of COVID-19 on the industries of human trafficking and smuggling. Between 2019 and 2020, the numbers of refugees and migrants paying smugglers to cross the Mediterranean Sea remained constant despite the ongoing war and COVID-19 pandemic. Authors claim that the “law-enforcement” practices in Libya have been ineffective and ambiguous as many of the militias involved in human smuggling and trafficking “transitioned into a law enforcement role”. Refugees and migrants detained in Libyan detention centres had faced the additional hardships of “a health crisis, unsanitary conditions and chronic food shortages” due to ongoing war and the COVID-19 crisis. The report continues to give a detailed overview of the war implications on operational dynamics of networks of human smugglers and traffickers operating in various Libyan locations.

Impunity for crimes against victims of Sinai trafficking
An article by Hyab Teklehaimanot Yohannes looks at human trafficking for ransom of refugees trafficked in the Sinai Peninsula which became organised around the year 2009. The publication explores the impunity of persecution for the crimes committed by complex human trafficking networks. The author argues that the Sinai victims were trapped between the exploitation by traffickers and a lack of state protection. Trafficking networks were closely linked with high state authorities and “border and security guards, military commanders, and police were involved in Sinai trafficking as intermediaries between the traffickers and the violent sovereign power”. These power relations contributed to the indifference with which the victims have been treated. Further, the author argued that the UNHCR and IOM did harm by keeping several testimonies from survivors “shrouded in secrecy” and states that the Sinai victims were not given a strong voice. The author states that an independent investigation supported by sufficient political will should take place in order to bring perpetrators to justice.

Research shows correlation between social norms, stigma and human trafficking
The new report by the International Organisation for Migration (IOM) describes how stigma and social norms impact vulnerability to human trafficking and reintegration of victims of trafficking in Ethiopia. One of the research findings showed correlations between gender norms and human trafficking. The norms often appear to define whether men or women are more likely to migrate from particular regions in Ethiopia and  what modes of migration are being chosen. Such differences result in  different exposure to human trafficking. According to the report, women have more possibilities to travel by plane through “regular migration pathways” while their male counterparts conduct their journeys on foot or by overcrowded trucks through Sudan, Libya, Djibouti or Somalia. They often fall into hands of traffickers who abuse, torture and extort money from the victims and their families. Further, the research findings showed that reintegration of victims is stalled due to shame and stigma relating to sexual abuse and mental health problems. Survivors of sexual abuse and rape are often outcast and rejected by their communities. Psychological trauma is also stigmatized with a “belief that mental illness is the result of a disruption in the relationship between a person and the external or spirit world”. This causes that survivors do not get proper treatment and psychological support.

EP report on the implementation of the Anti-Trafficking Directive
The European Parliament issued a report on the implementation of the Anti-Trafficking Directive 2011/36/EU within the Member States. According to the report, detection of victims of human trafficking as well as comprehensive data remain low despite the efforts made by the Member States to increase this. Risk of human trafficking among migrants and refugees is reportedly high “at various stages of asylum processes”. Refugee children and unaccompanied minors are particularly vulnerable to trafficking with many Member States still lacking “adequate child protection and assistance services”. The European Parliament adopted several recommendations to the European Commission to increase effectivity in combating the human trafficking within the EU. These include revision of the Anti-Trafficking Directive and regular assessment of its implementation, adoption of specific EU strategies, as well as the need for “evidence-based research on the risk factors for potential victims”.

A research article on human trafficking and smuggling in Libya
Authors Nadia Al-Dayel, Aaron Anfinson , and Graeme Anfinson zoom in on human trafficking in Libya arguing that detention of refugees and migrants directly benefits “militant and criminal actors”. The research article gives an overview of detainment practices during and post the Gaddafi era, including the most recent practices. Furthermore, it exposes a myriad of detention centres, both official and unofficial ones, operating throughout Libyan territory and the close relationships between officials, militia, human traffickers and smugglers. Categorisation of detention centres into official or unofficial sites is not clear-cut, state the authors. It is due to the fact that unofficial sites have been using Ministry of Interior buildings and “the treatment of detainees and captives across several sites constituted similar conditions of abuse and enslavement”. The article continues to portray how refugees and migrants have been abused en route, in detention centres as well as “at slavery sites operated by terrorist organizations and other criminal networks”. In the discussion, the authors argue that a primary intention of traffickers seems to be kidnapping for ransom, which is often followed by “abuse-for-profit” which are two distinct practices. “[A]buse-for-profit differs in that the perpetrator performs specific acts (such as torturing the individual through beatings) while behaviors to extract profit are simultaneously taking place (such as forcing the individual to call relatives for the ransom money while being abused)”.

Legal research on interpretation of slavery and forced labour in the context of Eritrea
An article by Sara Palacios-Arapiles critically looks at how British and Swiss case law interprets the European Convention on Human Rights’ (ECHR) terminology on “slavery,” “servitude” and “forced labour”. Using the case study of Eritrea, the author observed that legal interpretations by the UK Upper Tribunal Immigration and Asylum Chamber and The Swiss Federal Administrative Court use a narrower scope in comparison with the ECHR terminology. In addition, both institutions did not take into account the “practice of international and hybrid criminal courts and tribunals”. The author challenges the case law stating that slavery does not have to be “committed as part of a widespread and systematic attack against the population for recognising its presence”. Results pointed out the gap in legal protection of Eritrean asylum applicants and victims of modern slavery.

Human trafficker is found guilty by Ethiopian court
In April, an Ethiopian court in Addis Ababa found Tewelde Goitom, one of the most notorious human traffickers in Libya, guilty. Goitom, known as “Welid”, was accused of crimes of extortion, torture, murder and rape of thousands of refugees and migrants in Bani Walid in Libya. The length of his prison sentence is not yet known. Goitom was arrested in March 2020 by Ethiopian authorities. Meron Estefanos, an Eritrean activist and journalist, said for The Guardian: “Welid is one of the cruellest human traffickers [and] committed unimaginable crimes against Eritrean refugees.” Another Eritrean human trafficker, Kidane Zekarias Habtemariam, who was also arrested in Ethiopia in 2020, was “found guilty on eight charges in absentia”, states The Guardian. Kidane escaped the Ethiopian prison in February 2021. The Guardian further reports that “[t]he police officer who was guarding him has been arrested” while authorities conduct an investigation of the escape.

Victims of human trafficking rescued in Sudan
Sudanese authorities rescued 11 people from Eritrea captured by human traffickers in March 2021. It was a result of thorough investigation and police operation, reports Dabanga. According to the article, “[t]he source explained that the hostages were smuggled from Eritrea after crossing the border into Sudan, and were ‘sold’ by smugglers to another gang”. Meanwhile, the ongoing manifestation of human trafficking in Sudan has been researched by University of Nottingham which looks at the impacts of the Covid-19 pandemic on modern slavery. According to preliminary data, border closures caused that refugees and migrants cannot move through traditional routes, which makes them more vulnerable to traffickers. Human smugglers and traffickers adapted their routes to non-traditional ones which are more difficult to monitor. Report says that “[t]raffickers targeted Ethiopians and Eritreans coming from the East due to perceived familial connections abroad.”

Ongoing trafficking practices in Libya while HRC calls for stronger anti-trafficking mechanisms
In a two-part investigation series, InfoMigrants looks into the complexity of human trafficking and smuggling operations. Libyan networks of traffickers and smugglers are linked to their counterparts in border countries of Sudan, Egypt and Chad. Being smuggled into Libya, migrants and refugees are often put up for sale upon their arrival. They are divided according to nationalities as it has implications for the price and extortion mechanisms. Those victims who do not have money to buy their way out, are transported between several locations where they are detained, abused, tortured and extorted for money. The concerns over the continuous presence of human traffickers in Libya have been discussed by the 46th session of the UN Human Rights Council in its Report of the Working Group on the Universal Periodic Review. Several countries voiced recommendations for Libya, including developing measures against smugglers, securing “stronger mechanisms to prevent trafficking in persons and support the victims of trafficking”, as well as ensuring prosecution of perpetrators.