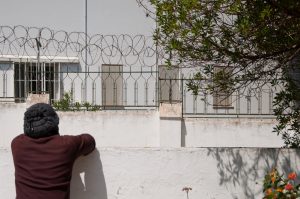 The Tunisian government included migrants in a group of beneficiaries eligible  for financial and in-kind help, due to the spread of COVID-19 but a lot of work still remains to be done as the number of vulnerable people in the country is increasing, writes researcher Morgane Wirtz.

On 20 March, the President Kaïs Saïed announced the implementation of a lockdown, to prevent the spread of the disease which has caused many people in Tunisia to have lost their access to income. For Tunisian people, the major concern related to the coronavirus crisis is economic as many of them manage their income on a daily basis. It is the same for migrants, refugees and asylum seekers living in Tunisia. The majority of those who are working have found a job in the informal sector such as construction, hotels, bars and restaurants.

Vulnerable people are becoming even more exposed and “also the refugees who are usually self-reliant became vulnerable”, adds the UN Refugee Agency (UNHCR).

A step toward migrants

On 7  April, the Ministries of Interior, of Social Affairs and of Human Rights and Relations with Constitutional Instances and the Civil Society took a step in the direction of the foreigners residing in Tunisia. After their meeting, the suspension of expiration of visas, starting from 1 March 2020 until the end of the crisis, has been declared. Foreigners are now eligible to receive financial or in-kind help. Moreover, the government called on landlords to postpone the rents for the months of March and April 2020.

A lot of migrants have difficulties to pay their rent as they lost their main source of income since the lockdown has been implemented. In many cases they live in small apartments that they share. It is hard in this situation to respect the social distance between people. According to La Maison du Droit et des Migrations, the fact that migrants could end up on the streets if they are not able to pay their rent could be an obstacle to the respecting of the lockdown and could affect the measures taken to prevent the spread of COVID-19.

The Tunisian Forum for Economic and Social Rights (FTDES) welcomed those measures but asks the government to take more audacious decisions and calls among others for the regularisation of all the migrants living in Tunisia.

The civil society in Tunisia is active in promoting the rights of migrants, refugees and asylum seekers. A lot of citizen organisations bring help to those in need since the spread of COVID-19. Some of them, for instance, organize themselves on the social networks to distribute food to vulnerable families and migrants.

A lot of work still has to be done. On 7 April, migrants detained in Al Wardia “reception and orientation centre” started an open-ended hunger strike. They ask for their immediate release due to the poor living conditions in the centre. They also fear for a spread of COVID-19 in the facility as they claimed that they received no masks and disinfectant and people who work in the centre don’t wear those protections.

The administrative situation of refugees and asylum seekers is tough as the country has no law on asylum. However, the refugee cards delivered by the UNHCR allow them to have access to hospitals, schools and prevent them from being arrested. The situation for migrants who are illegally in the country is even harder. According to La Maison du Droit et des Migrations, this irregular status could lead to discrimination in case in which these people need to visit a doctor. According to the UNHCR, refugees and asylum seekers shouldn’t have that kind of fear as the government is promoting “equal access to health”.

On 9 April 2020, Tunisia counted 643 confirmed cases of COVID-19 and 15 people died of the disease so far; 15 others were listed as recovered. According to the UNHCR, none of the confirmed infected persons is a refugee or an asylum seeker. Among the migrants, no infected person was recorded by The Tunisian Forum for Economic and Social Rights (FTDES), one of the main civil society organisations in the country.