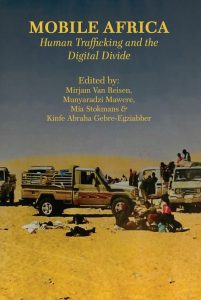 The four-book series, Connected and Mobile: Migration and Human Trafficking in Africa,  is the most comprehensive collection of reports and assessments on these issues—particularly as they apply to Eritrea and the Horn of Africa—that has been published to date, so far as I am aware. As such, they provide an extremely valuable resource for researchers working on Eritrea in particular but they also make an important contribution to the study of refugee movements and forced migration in the contemporary global landscape, where civil conflict and political repression are often centra to such movement, rather than conflict between states, which has long been the basis for refugee and asylum law. The need to revisit the international conventions and protocols that came largely out of the European experience in the Second World War and the various national laws enacted since then that determine the treatment of those seeking protection today has never been clearer. This collection of reports and assessments gives us the context to better understand this and the tools to deal with it.

One of the notable strengths of this series is the focus on the impact of new digital technologies on the movement of peoples and the ways in which organized criminal elements—sometimes abetted by political interests and states—prey on their victims. This helps to explain the exponential growth of global human trafficking in refugees, particularly those, like the Eritreans, who have access to funds through links to their diaspora, usually via mobile phones, and avenues for transferring them digitally once identified. Controlling the access to such connections is a key aspect of the hold the traffickers have on their victims; the rapid identification and tracing of the traffickers is thus a key tool for anti-trafficking efforts. But this is at best a short-term and piecemeal approach to what has become a much larger, more sophisticated and grimmer practice. The series makes this clear. What is needed is the revision and improvement of the legal framework in which the problems is adjudicated and a global strategy for dealing with it. More than that, the sources of the movement need to be grasped and addressed if there is to be any substantive relief for either the victims of these crimes or the countries and peoples to which the victims go for safety—only to find the gates closed based on the flimsiest of rationales.

One of the strengths of the series is the level and depth of detail it provides on specific instances, from the reasons people flee their homeland—notably Eritrea—to the dangers and risks they face once on the move to the reception they get at their destinations. The papers on Israel and its treatment of asylum seekers—designated as “infiltrators” to give Israel the false basis for avoiding even those international conventions it has signed—offer one of the strongest case studies. Among the weakest is the paper on Kenya, which is based on a brief period in late 2018 when refugee movement out of Eritrea was skewed by the sudden opening of the border with Ethiopia, the breakdown of border controls, and the rush of thousands of women with children seeking to get out while it was safe and when they did not need to pay smugglers to do it. Several months into 2019, the flows resumed the demographic composition they had had before this—a majority of them 16-24 years old, unmarried and fleeing national service or the prospect of a call-up for it, as I know from my own research at the border at that time. This highlights the danger of a snapshot approach to such research that lacks enough time and context to draw conclusions about overarching trends. But this was an exception to an otherwise consistently rigorous study.

Dan Connell is a Visiting Scholar at Boston University’s African Studies Center and a retired senior lecturer in journalism and African politics at Simmons University. His work focuses mainly on Eritrea, but it has ranged across Africa and the Middle East to Central America and the Philippines. The cross-cutting themes are democracy, development and social justice and the indispensable linkage among them. He has written numerous books and articles, and he founded and directed two NGOs. His current research and writing focus is refugee flows out of Eritrea. This site sketches his output: www.danconnell.net